Bruce Jenner is now officially Caitlyn Jenner. Check out this behind the scenes video of her Vanity Fair Cover shoot. 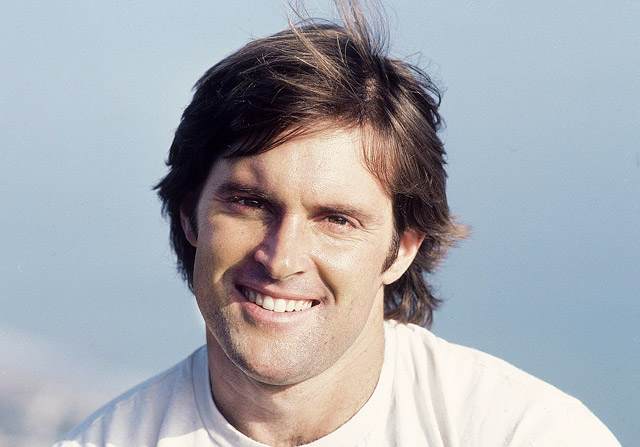 Bruce Jenner, the ‘world’s greatest athlete’, broke the Internet, and our TVs, yesterday with his interview done by ABC journalist Diane Sawyer, proclaiming — “I am a woman.” Being at the forefront of celebrity tabloids, and comedic seg-ways, Bruce Jenner finally came out as being transgender.

Let me begin by saying this is not a post about being gay, lesbian, transgender or whatever in between, this is a post about courage and strength. Regardless of your views, standpoints, or religious beliefs, I think (I hope) we can all agree on how much strength and courage it took for Bruce to do that interview.

Bruce Jenner achieved fame by winning gold in the 1976 Summer Olympic decathlon, setting the world record for 8,616 points. This win made him into an iconic figure, and many people at that time viewed him as a national hero. 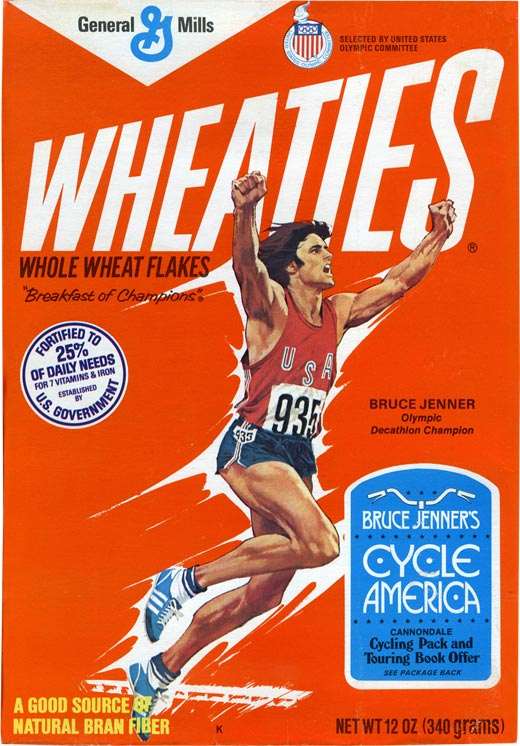 Take a look at him on this Wheaties Cereal box, as an athlete, this was the biggest you could get. There are even action figures of this world’s greatest athlete. His fame only grew as patriarch to the Jenner/Kardashian clan, whose show Keeping Up with the Kardashians continues to lead in celebrity reality television. Imagine the amount of pressure Bruce felt to live up to his legacy in these roles in front of the world’s eye.

Subtle signs of his transition began to show in mid 1980’s, however, it was not until 2013 (presumably) that he decided to truly transition into a woman — the woman he always felt he should be.

I have to say, I went in to watching the Diane Sawyer interview intrigued like most people. Yes, I was amused when I first saw Bruce in the tabloids wearing pink nail polish. Yes, I was shocked by the drastic changes in his appearance. So I went to watch this interview as more of a spectacle, a ‘what is Bruce doing now’, or ‘what is the ‘Jenner/Kardashian empire up to now’. No, I did not think that Bruce Jenner was doing this for notoriety, promotion for Keeping Up with the Kardashians as many assume. However, I did not understand the depth at which this interview would go. Diane Sawyer did an excellent job of making sure this interview was tactful, and not about the ‘celebriality’ of it all, but about the man, the woman that Bruce Jenner is. The interview showed his humanity and the importance of being who you are in relation to the public, your friends/family, and yourself.

Obviously I am in no relation to the Jenner family, but I have to say, I left watching the Bruce Jenner Interview very proud of him. Of course I hold my own views of being gay, lesbian or transgender, and before anyone asks, I AM STRAIGHT, but as a person and someone who has a genuine love and respect for humanity, I felt very proud of Bruce standing firm in who he is. It took an extreme amount of courage to speak out about his gender identification. It took 65 years for him to completely come true to who he is, and not have any shame about it. That is a powerful message to those struggling with similar situations.

We all have stories. Things that we go through in life that define who we are and who we will be. That is our truth, and no one deserves to be judged or mistreated on that truth. I think Kanye West put it quite eloquently: “‘Look, I can be married to the most beautiful woman in the world, and I am. I can have the most beautiful little daughter in the world, and I have that. But I’m nothing if I can’t be me. If I can’t be true to myself, they don’t mean anything.’” If you can not be yourself, you are not truly living, and nothing would matter. 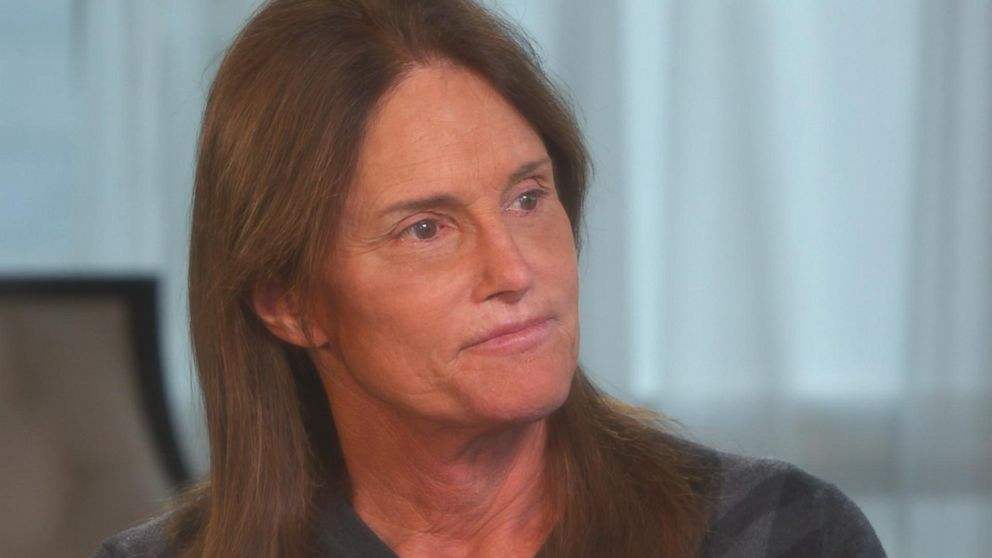 To end, I would like to apologize to Bruce and those having unique but similar stories. I apologize for the pointed looks and judging eyes. I’m sorry for the mean words and mistreatment. I apologize for the hurt feelings and making you feel like any less of a person than what you are. While I’ve never done any of these things (at least not intentionally or that I am aware), you deserve an apology. I hope that you will always love who you are. Be yourself. Be happy. Continue to find your courage, your voice, your identity, and share it with us. I can’t promise that everyone will be receptive…people tend to be scared of what they don’t know, and can be ignorant. But I promise you, if you stay true to who you are, you will find those who will come to learn and appreciate who you are, as you are.

Bruce Jenner, I doubt that you will ever see this blog post, but thank you for sharing your story. I hope that it will inspire others who are in the process of transitioning to be encouraged to love themselves, that it will bring further understanding to the humanity of it all. We all may not agree, but we can have compassion. And that’s what we are all called for.

The Makeup Items Every Woman Needs to Add to Her Kit