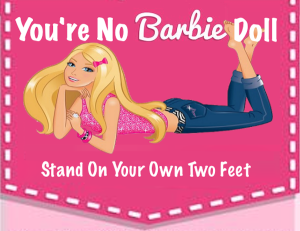 One of the things I remember most of my childhood is my father saying, “You’re no Barbie doll. I’m raising you to stand on your own two feet.”

As a child, this saying of his went straight through one ear and out of the other. Now that I am older, I understand the importance of my dad’s words…and for so many reasons, remembering that I’m “no Barbie doll” speaks levels into my life. 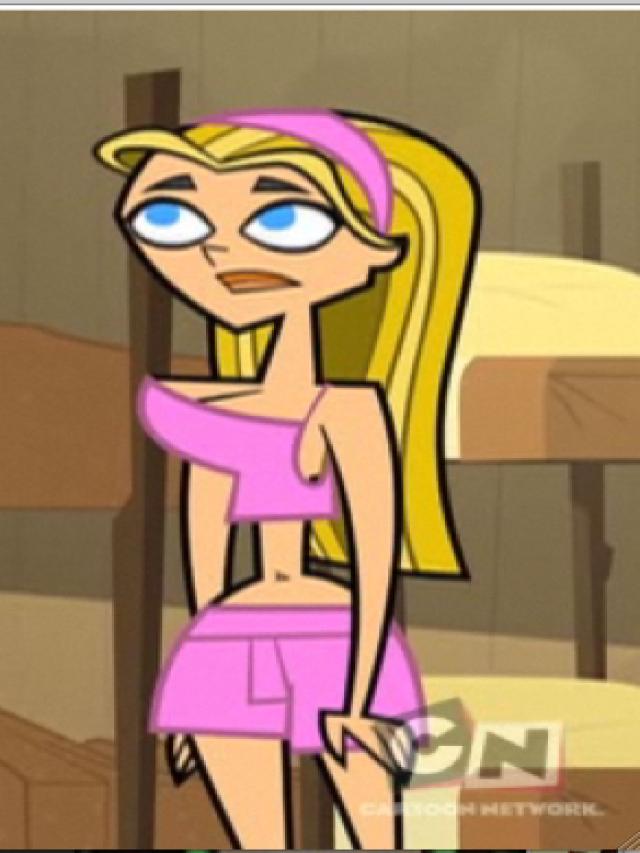 Living in a world that is obsessed with having the perfect body, along with the objectification of women in mass media, one’s body image is being formed earlier than ever.

Research suggest that adolescent girls (and boys), begin developing their body image around the age of 5…some even earlier. By the age of 7, “one in four kids has engaged in some kind of dieting behavior.”

I was watching Cartoon Network the other day with my five year old cousin, and one of the cartoons had big boobs and was wearing short shorts (look at her waist).

Not only was I surprised by how inappropriate this was for children, I was worried about how this would affect my cousin’s self-esteem and body image. Would she look at this cartoon — who is portrayed as the pretty popular girl — and model her self-image after something that is completely unrealistic and unhealthy.

According to the Barbie website, one Barbie is sold every three seconds — that’s an estimated 10.5 million dollars each year.

Owning at least one Barbie doll is part of a normal childhood…there’s mermaid Barbie, Malibu Barbie, Princess Barbie, pregnant Barbie, the list goes on and on.

Barbie continues to be at the top of the leader-board.

On average, girls start playing with Barbie dolls around the age of four or five. Is it a coincidence that young girls also begin to develop self-esteem/body image ‘issues’ around this same time? I’ll leave that for you to decide.

But here are the facts:

Furthermore, there is a large under-representation of black Barbie dolls. As a child, I remember having a hard time finding a Barbie that was my skin-tone (and had my facial features). Either they didn’t exist, or so few of them were made that it was nearly impossible to buy one locally. Often times there was no African-American counterpart for the Barbie edition that was being sold. Also, the African-American Barbie dolls often were sold at a much higher price than standard Barbie dolls (nearly double). I’m assuming due to their rarity. As a five or six year old girl, there’s no way I could have afforded $40 for a doll, and there was no way my mother would have spent that much for something I would eventually grow out of.

What did this do to my self-image? I can’t say that Barbie is completely to blame, because it wasn’t. But it definitely contributed to what my ideal standard of beauty was as an adolescent. I remember having a bright yellow skirt that I would love to wear on my head, pretending that I had long flowing blond hair. The irony.

Standing On My Own Two Feet

“You’re  no Barbie doll. I’m raising you to stand on your own two feet.”

If nothing else, my dad raised me to be a girl that can stand ‘on my own two feet’. He wanted me to be a woman that can take care of herself, being able to protect myself in any situation.

Thank goodness Barbie does not exist in real life, as she would be totally helpless.

Thank you daddy for speaking these worlds to me. No, I am not a ‘Barbie doll’. I am much better than that. Thank you for teaching me not live up to the ‘standard of beauty’, but to surpass the standard — that I am fearfully and wonderfully made, regardless of my skin-tone, waist size, neck size, feet size, wrist size, so on and so on. Thank you for instilling in me what is means to be a strong woman, being able to ‘stand on my own two feet’ and support myself — not dependent on a Ken doll.

When the time comes, I can’t wait to instill these same principals into my daughters. Until then, I share this message with the rest of you. Being a girl is hard. Even girls who appear to be the most confident struggle with their body image. We live in a society that constantly portrays beauty in an unobtainable way, or in a way that is not healthy for the average woman.

Whenever you are feeling down on yourself, remember that you are no Barbie doll. You are far more beautiful than she could ever be. You are real. Most importantly, you are strong. You are capable of doing anything that you put your mind to. You are not a weak-link.

Write Your Vision, Make It Plain

Beauty For Ashes | Not Your Ordinary Runway Show

Get notified about exclusive offers!