I want to hear your thoughts on the #racheldolezal controversy. For those of you who don’t know, Rachel Dolezal is a woman who for the past 10 years, has passed or posed as a black woman — having several positions within the NAACP, advocating for civil rights as a black woman.

I’m interested in hearing your thoughts, viewpoints and opinions on the subject. I’ve heard a lot of people comparing this situation to Bruce Jenner’s transition into a woman—that it’s a shame people are glorifying Bruce Jenner for being true to who he is as a woman, yet people are being critical of Rachel Dolezal for identifying herself as a black woman. 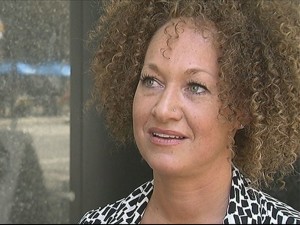 For me personally, although bothered, I am not upset by her identifying as a black woman, but I am upset by her dishonesty and the deceitfulness of her actions. She purposely lied about her race, her parents, and her ‘sons’, which we find out are really her adopted brothers. As a matter of fact, one brother interviewed with the news and stated that Rachael demanded that he not inform anyone of her true race and the fact that they really aren’t her sons.

The NAACP continues to support her, as she has done a lot of good in her community and in her advocacy. Also, there is no restriction on who can serve as a member of the NAACP; you can be of any race. That’s great. I’m glad she has done a lot of good work. My thing is, her advocacy would have been much more powerful if she remained true to who she was. All of her work is colored in lies.

When talking about this with family members, they mentioned that black people have been passing themselves off as white for years, as far back as the 18th century — so what’s the big deal? Ellen and William Craft are two individuals who were born into slavery. In 1848, roughly 20 years before slavery ended, the two escaped their plantation in Macon, Georgia, traveling openly by train and steamboat. How were they able to do this? While William Craft was of a ‘chocolate’ complexion, Ellen being the daughter of a mulatto slave and her slave master had very fair skin, and could easily pass as white. They traveled seamlessly to Philadelphia, Ellen posing as a white male planter and William as her servant. Yes, blacks have been passing as white for many years, but they have been doing so in result of racial division, for freedom and opportunity of fair treatment.

Over the weekend I read a blog post by So Let Talk About___, who I think had something very complex and interesting to say in regards to the comparison between Bruce Jenner and Rachel Dolezal:

While race and gender are social constructs, they don’t occupy the same space with regard to perception and flexibility…only white people can claim to be another race on the inside and then perform that race because race operates with white as default.…The concept of race as we understand it today developed as an extension of colonialism in tandem with the scientific revolution, where science was used to definitively classify people, rank them along variables such as beauty and intelligence, and solidify whiteness as the ideal in each category.

Our society was founded on a class system, where African Americans were considered property instead of human beings. With the end of slavery and during the civil rights era, African Americans were considered lower classed citizens, not equal enough to even use the same bathroom, or to eat in the same diner. Now we have a black president, that is equally white as he is black…yet, he is simply referred to as the nation’s first black president. My point is, as a country, as a society, our history still weighs heavily on who we are. There is a trickle-effect of race in society, that still causes there to be a riff in equality. I’m not just talking in how one race treats the other, but in our own mindset of how we operate. 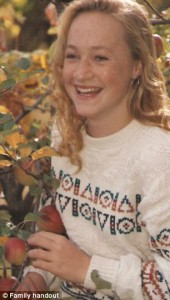 I operate as a young adult, African American woman, who was raised in knowing that there are people who will treat me differently, or unfairly, simply because I am African American. Growing up in this has shaped my experiences, my thoughts and opinions on certain matters. I remember being little, being told by someone I considered a friend, that she could not swim in my swimming pool because her mother told her not (because I am black). That experience shaped me into the person I am, as I am sure the experience also shaped my ‘friend’. Experiences such as these become ingrained to who you are, and you operate as such. Rachel Dolezal does not have this; according to her parents, Rachel did not begin to proclaim and identify herself as black until 2009, when she was 29 years old.  While she can commiserate with the injustice of black america, and advocate for a truly equal society, she can never fully identify as a black woman. African Americans and Jews both experienced extreme injustice at the hand of ‘white supremacy’…of a supreme race. As an African American woman, I may commiserate with someone who is Jewish, understanding the effects of their mistreatment in society because of their race/religion. However, I can never identify myself as being Jewish (in regards to race), because I have not personally experienced their struggle, nor have I grown up in their injustice. I simply can’t. It’s impossible.

Dolezal’s own brother stated in a interview:

Again, although I am bothered, I am more upset by Rachel Dolezal’s dishonesty than her ‘dressing up’ as a black woman. In my opinion, her deceptiveness out colors all of her work and advocacy. Think of all the work she could have done, and how powerful it would have been if she as a white woman stood up for a cause that some members of her own race frown upon. She held a unique ability to stand up for what is right, advocate for social equality, and she wasted it — she will not be remembered as the woman who fought against inequality, but as the woman who put on a mask and thought she could get away with it.

Playlist of the Week | June 15th

A New Day with Plus Size Stripes